A canary release is a method of slowly exposing a new version of software. The theory behind it is that by serving the new version of the software initially to say, 5% of requests, if there is a problem, the problem only impacts a very small percentage of users before its discovered and rolled back.

So now back to our Product Catalog App scenario, proddetail-v2 service is released, and they now include more product catalog vendors e.g “XYZ.com” (see below).

Let’s see how we can release this new version of proddetail-v2 in a canary fashion using AWS App Mesh. When we’re done, our app will look more like the following: 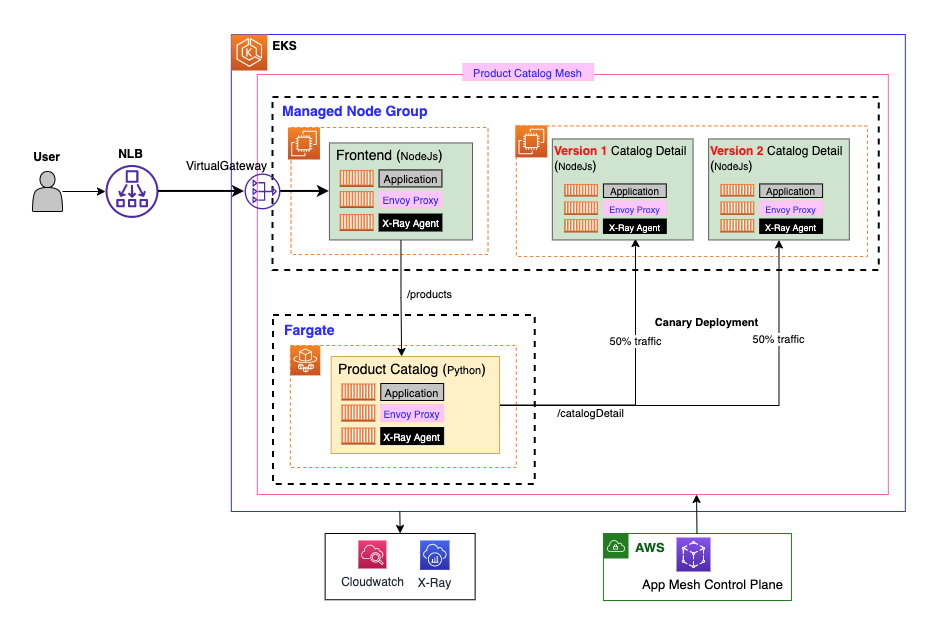