Pixie automatically traces the full request/response bodies of application w for the following supported protocols. Let’s use Pixie to see the contents of this failed HTTP request.

Select the px/http_data script from the script drop-down menu. Change the start_time to -30m or any window that will include when you triggered the bug in the Sock Shop app.

This script shows the traced HTTP1/2 requests made within your cluster, as long as the request either originates or is received inside of your cluster. There is quite a bit of HTTP traffic in this cluster, so let’s filter it to only show errors.

Open the script editor using ctrl+e (Windows, Linux) or cmd+e (Mac). Or by clicking on the edit script button circled in red below. 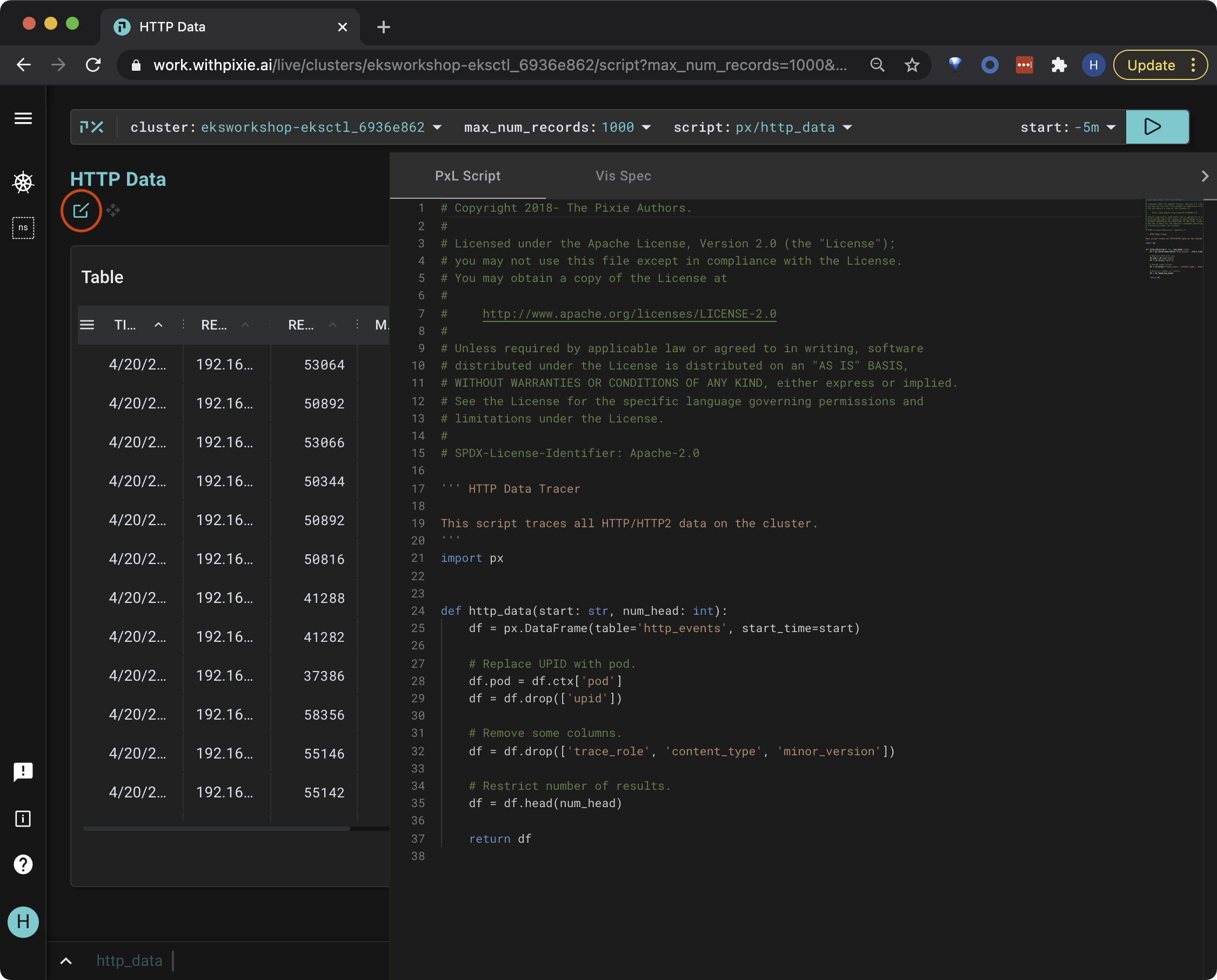 Delete line 29 df.node = df.ctx['node'] and replace it with the following.

Make sure that the new lines just added match the indentation of the existing lines. If not, you will get an invalid syntax error when running the script.

This code accesses the service of the pod receiving HTTP request. Then, it filters the requests to only include those made by the catalogue service that have an error code.

Pixie specifies services and pods with the namespace prepended. For example, the catalogue service in the px-sock-shop namespace looks like px-sock-shop/catalogue.

Re-run the script with the RUN button (top right of the page), or using the keyboard shortcut: ctrl+enter (Windows, Linux) or cmd+enter (Mac).

The output shows the request with the error you recently triggered. Click on a row to inspect the row data in json format. Scroll down to the resp_body json key and you can see that our error is a database connection error. 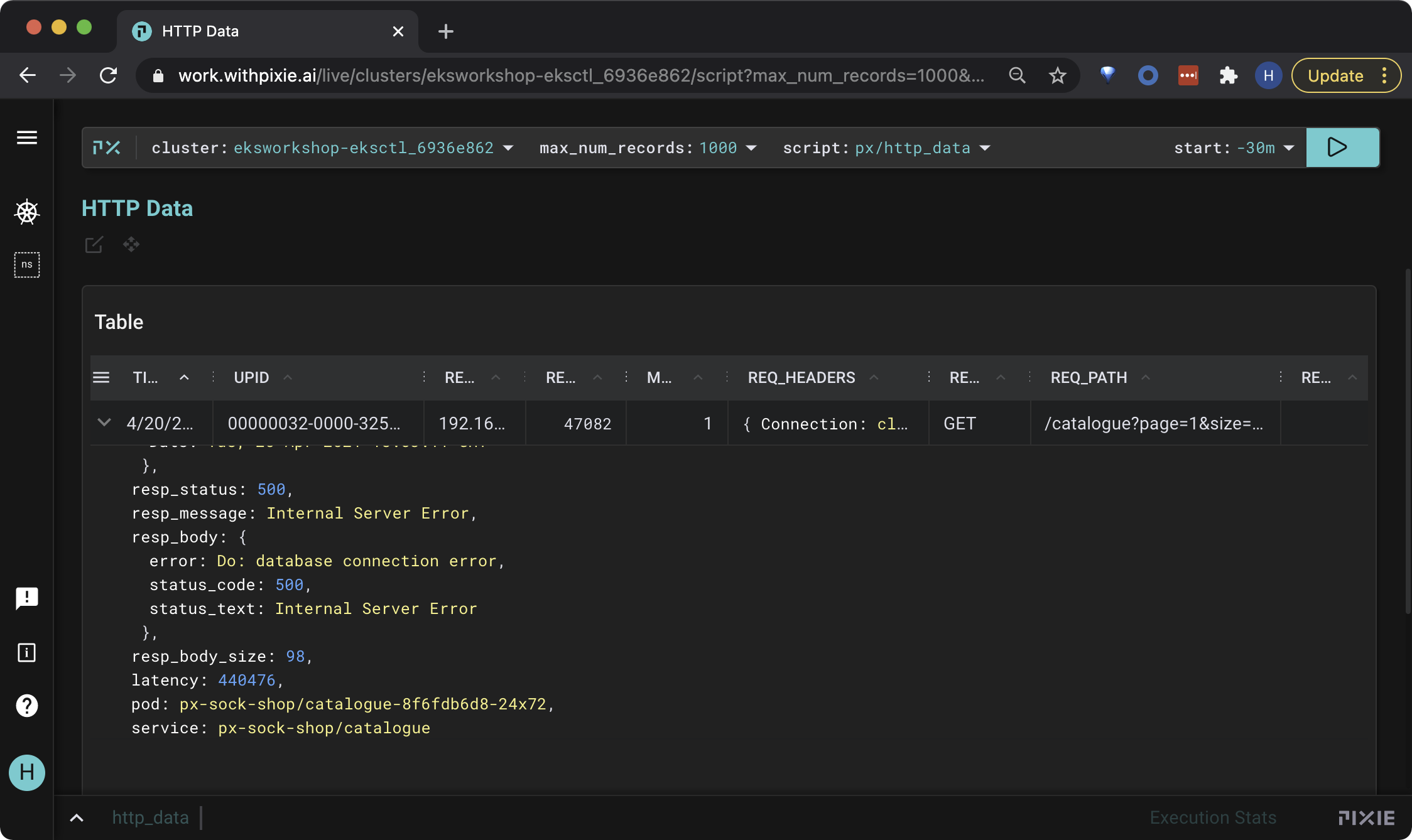